Born Pablo Emilio Escobar Gaviria in Medellin, Colombia, to middle-class parents. His elder brother, Roberto, reported him as a good brother, who was kind, friendly and intelligent and someone who would achieve greatness. The young Escobar was driven and dreamed of becoming the president of Colombia. His drive unfortunately began to find the wrong outlets and he was soon involved in small-time hustling with his gang in the streets of Medellin.

There exist unfounded rumours that, whilst still at school, Escobar would steal tombstones from the local graveyards, sandblast off the names and sell them to Panamanian smugglers. He did not drink much besides beer and did not smoke cigarettes, although he developed a liking for the strong Colombian cannabis, a habit he indulged until his death. Doing whatever he could to make money, by the age of 20, Escobar was dealing cannabis, skilled at stealing cars and starting to build a name for himself in the Colombian criminal underworld.

It was in the early 1970s that he entered the cocaine trade and began buying high-grade coca paste from Bolivia and Peru. He processed it into cocaine, which he transported to America for distribution. Escobar’s drug business began to grow and, requiring a greater workforce, he decided to collaborate with other criminal groups in the area and together they formed the Medellin Cartel. When the well-known Medellin drug dealer, Fabio Restrepo, was murdered in 1975, Escobar became head of the Medellin Cartel and his brother, Roberto, handled the accounts. It was believed that Escobar had arranged for Restrepo’s murder for this very end.

Escobar seemed to have a preference for young girls and at age 26 he fell in love with a 15-year-old, Maria Victoria Henao Vellejo. In order to marry in 1976, they had to seek approval from the local bishop. The couple had two children, Juan Pablo and Manuela. Whilst they remained married until Escobar’s demise, he was known to have constant affairs, most frequently with underage girls.

He always did exactly as he pleased and would, more often than not, kill anyone who dared oppose him. In this way, Escobar’s power grew and he was associated with many kidnaps and assassinations over the years. He also had an affable side and due to his growing wealth and influence, enjoyed a certain amount of public popularity and political standing. In 1982 Escobar was elected as a deputy representative to the Chamber of Representatives of Colombia’s Congress, as part of the Colombian Liberal Party. He went on to sponsor various charities and football clubs in the Medellin area.

Referred to by his brother, Roberto, as a modern day Robin Hood, Escobar often paid for low-cost housing and other community necessities for the poor people of his neighbourhood. It was apparently a meticulously built image that Escobar promoted in his own newspaper and which ensured his protection by many Medellin citizens.

Escobar built his drug trafficking industry to such an extent that he eventually controlled over 80% of the cocaine sent to America. With his own factories and an entire fleet of aeroplanes and ships, including two radio-controlled submarines, it has been estimated that Escobar smuggled 70 to 80 tonnes of cocaine from Colombia to America per month, and as much as 11 tonnes in each flight. In order to launder the drug money, the Medellin Cartel controlled a large amount of crooked white-collar workers, such as bankers, lawyers and extended family.

It was in the autumn of 1985 when the United States really increased their pressure on Colombia to extradite Escobar. There was growing public suspicion as to the origins of his enormous wealth and American authorities felt duty-bound to investigate further. In his usual manner, Escobar tried to sway the Colombian authorities towards a no extradition clause and to grant amnesty to drug barons in exchange for giving up the drug trade. He mounted a terror campaign, with further killings, including innocent citizens. This served to turn public opinion against him and resulted in a breakdown in the alliance of Colombian drug traffickers.

In 1989 Escobar was listed as the seventh Richest Man in the World by Forbes magazine, with a fortune rumoured to be around $24 billion. He certainly loved to display his wealth and lived an extravagant lifestyle. He invested much of his money in real estate, splashing out on luxurious homes, many with private helicopter ports. He owned numerous cars, helicopters and aeroplanes, a private zoo for which he imported exotic wild animals, and a massive garden filled with hundreds of fruit trees. He also owned apartments, banks and large tracts of land. For his own protection, Escobar bought the support of other criminals, who also acted as his guerrilla army, carrying out any violence he demanded.

As time went on, Escobar developed a more leisurely way of making money from cocaine trafficking. Firstly, he claimed to be solely responsible for both the setting up and the huge success of the Colombian cocaine trade. Secondly, he cited his involvement in the battle for the nullification of the 1979 American-Colombian Extradition Treaty. For these reasons, he imposed a tax on other drug dealers in his area, forcing them to pay him a percentage of their profits. 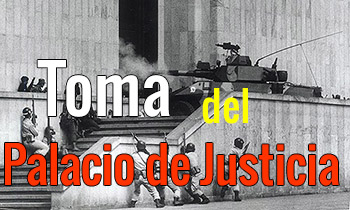